Anatomy of the Karl Lagerfeld brand

It’s not always enough to be the creative force behind a major luxury fashion brand. Sometimes you have to build your own personal empire.

Beyond his role as creative director at Chanel, Karl Lagerfeld has undertaken a number of ventures: The Paris-based fashion designer, artist, photographer and head designer at Fendi is now adding hotelier to his résumé. The designer announced Monday a planned line of hotels, bars and restaurants with his name attached. The first will be opened in Macau, China, in 2018.

It isn’t his first foray into hospitality. Lagerfeld formerly served as a creative consultant to hotels like the Hotel Metropole Monte-Carlo and the Sofitel So Singapore, among others. But this will be the first time the door has his name on it, as part of a licensing agreement with Brandmark Collective BV.

“We associate Karl Lagerfeld with his great taste as a fashion icon,” said Jon Jackson, global creative director at Work & Co. “If he can take his ideas and create amazing experiences outside of fashion for the service industry with restaurants and hotels, that only grows his brand as a creative director,” Jackson said. “He will have developed from a purveyor of beautiful objects to amazing experiences.”

Though fellow designers like Armani, Versace, Bulgari and Dior have all launched their own hotels, Roberto Villazon, CEO and founder of agency hi-gloss, said Lagerfeld will be tasked with offering a unique experience that high net worth consumers haven’t yet seen.

“Collaborations of this sort cater to aficionados of fashion, design, art and travel all at the same time which usually tend to skew on the affluent demographic luxury hotels are aiming to attract,” he said. “It’s all about the experience and what you have to offer that the competition does not.

In addition to the hotel chain, here’s a look at how Lagerfeld has built his personal brand over the years.

Lagerfeld launched his namesake brand in 2012, with a similar aesthetic to his work at Chanel and Fendi. As part of the effort, Lagerfeld also launched Karl.com, the e-commerce venture of the Karl Lagerfeld brand which includes “World of Karl,” a Tumblr-esque section of the site that provides users with an immersive experience filled with video clips, tweets and photos from the brand.

When the site launched in November 2015, users were only able to shop the looks and access the site by first playing Kim Kardashian’s Hollywood mobile game, which included a cameo by Lagerfeld. The cartoon version of Lagerfeld and his cat Choupette later became prominent on the site.

Make your pet just as famous as yourself

Lagerfeld’s cat Choupette has become nearly as recognizable as her owner. In 2014 alone the cat made an estimated $4 million in sponsorship deals, and has two maids, a private jet and a personal chef. She’s become so recognizable that she is the inspiration of a parody Twitter account written in her name (operated autonomously by Ashley Tschudin, a social media director at Fashion Unfiltered with no ties to Lagerfeld).

The designer directed a three-part series starring actress Rachel Bilson that premiered at the Tribeca Film Festival before the clips were truncated to hit the airwaves. The videos featured Bilson being directed at a fashion shoot by Baptiste Giabiconi, a model used frequently by Lagerfeld. “I like advertising,” Lagerfeld told The New York Times in 2011. “I love my job in fashion. I love my job as a photographer, but making films was something I hadn’t done. If I was isolated in one job, I would get bored.” Which is perhaps why, in 2011 Lagerfeld briefly turned his focus from leather handbags to ice cream bars when he teamed up with Magnum Ice Cream.

Lagerfeld lost 90 pounds in 2001 on a diet he claims consisted primarily of Diet Coke and steamed vegetables. Just shy of a decade after his dramatic weight loss, the designer honored the soda brand by creating a limited edition bottle that included his slim silhouette against patterned designs in bright pink, first in 2010 and again in 2011. Five years later, they’re still selling on eBay.

Lagerfeld has no shortage of social media followers, with 3 million followers on Instagram and just under 1 million followers on Facebook (comparatively, the personal Instagram accounts of designers like Marc Jacobs and Zac Posen have 613,000 and 1.3 million followers respectively). He primarily leverages his following to promote items from his namesake brand, showing images of models wearing shirts emblazoned with #TeamKarl, or shoes bedazzled with his name in pop art.

Get creative with limited edition offerings

Not everyone can afford a $2,850 art supply kit, but Lagerfeld wanted to make sure there was an option for those that can. Last month, he launched the Karlbox which includes a collection of 350 colored pencils, paints and chalks all featuring pictures of his likeness. Only 2,500 kits were made in collaboration with Faber-Castell and sold exclusively at Faber-Castell stores, Harrods London and Gump’s in San Francisco, Vogue reported. 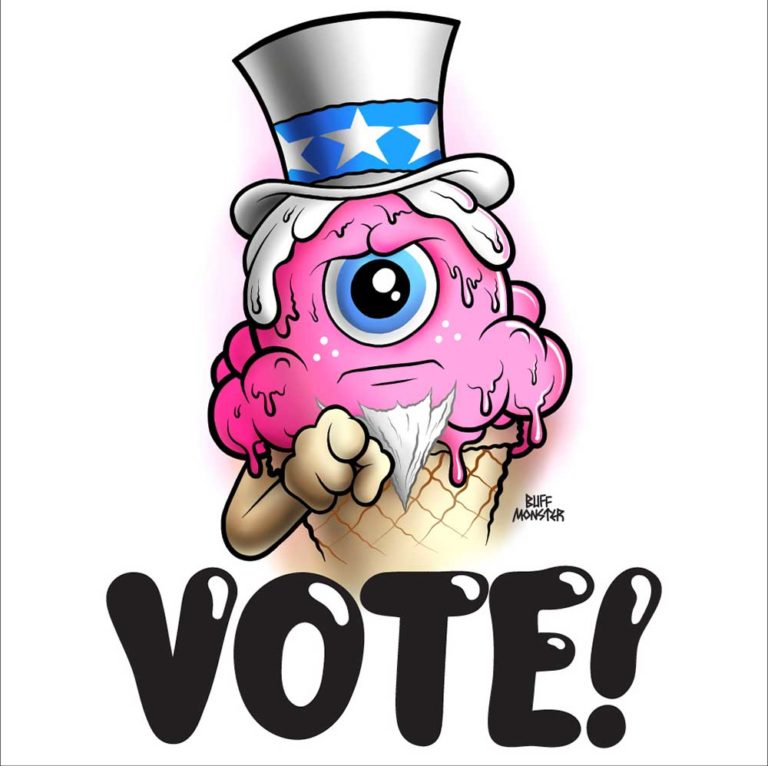 When we all vote 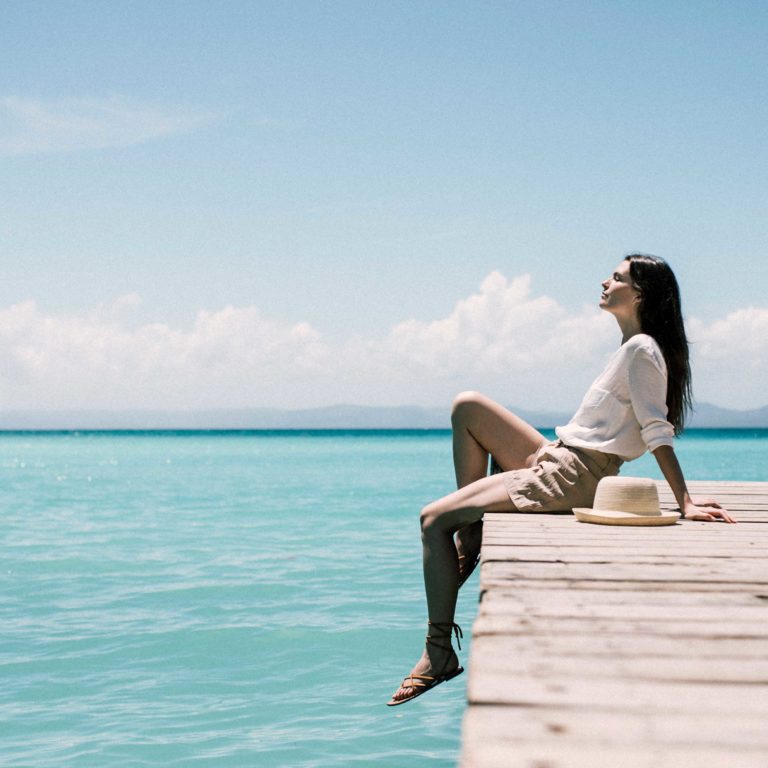